There was a cruiser pot luck on shore at Brita’s early in the week!  We were both very excited at the invite.  We were not planning to make any type of Thanksgiving meal on Uno Mas.  It was a bit overwhelming just imagining trying to cook everything on our 3 burner, mini oven Force 10 unit.  People do it, but it just didn’t seem to be that important to us this year.  Besides, there are only 2 of us.  If only Van Den Tweel had Hungry Man TV dinners.  That would be perfect for us, AND reminiscent of our first Thanksgiving being married, back in 1992,  in a tiny, hole of an apartment,  in Golden, Colorado! Most of the people attending were Canadian, so their traditional and our traditional food seems to be quite different.  We brought the Green Bean Casserole. (It took 5 grocery stores/markets to find the French’s Fried Onions. We were going to use “Potato Stix” or “Funyons” as an alternative, but we FINALLY found the real stuff at a cheap, Chinese market, go figure!)  Angie is thankful she was forced into being sociable and had a great time meeting new cruisers from the mooring field!

On Thanksgiving Day, we did our first 2 hour long dive at Joanne’ Sunchi on Klein Bonaire in the morning.  For some reason, we were not really using much air. (Maybe because we were staying shallower, above 50 feet due to not wanting the underwater camera to fail.)   The South – Southwest area of Klein Bonaire is starting to be our favorite spot to dive.  We are always in search of seahorses! The South side is known for many sightings.  Nope, we didn’t find any.  However, we saw a 3 ft long Porcupinefish.  He is OLD and looks like he has had a very rough life!  We are seeing more lionfish now on each dive.  The water has cooled off a bit, by a degree or two, and they are starting to go shallower.  Angie is starting to get chilled on the dives with just having a thin skin for protection. We saw garden eels for the first time, a southern stingray, a Greater Soapfish (they usually are more visible and active at night), a small green turtle, and finally, Black and White Bi-Color Coneys with fluorescent blue dots. (We have been seeing a lot of the brown/grey ones.)

In the afternoon, Angie worked on making flags.  Columbia and Panama.  We really do not know which way we are going to go.  She also was working on mold patrol inside.  With the humidity rising inside the boat to over 80%, the mold starts showing up.  We had an Amazon order shipment arrive with the Mold Armour in it that seems to work.  We are hoping it will last the 3 months as advertised! 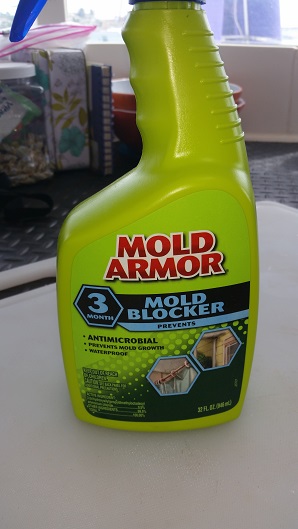 Rum Runners Restaurant in the Captain Don’s Dive Resort  pulled off a great Thanksgiving Buffet dinner on Thanksgiving Day!  We went with our friend’s, Ian and Kate for the first seating.  Wouldn’t you know it, but half of the cruisers seemed to show up as well!    It is interesting being in a foreign country, where they try to be authentic with the American holidays.  We really enjoy experiencing the differences.  The cranberry sauce was a bit spicy, and not everything was made with pumpkin, as another restaurant’s menu had listed (Mark was thankful for that).  However, he actually did try the pumpkin bisque soup and thought it was “better than he expected.”  Still, no green bean casserole, but we took care of that earlier in the week. Angie now is thinking the traditional cranberry sauce may need a bit of a kick, if we make it in the future.  However, she is certain Mark would not go for her trying to do a savory pumpkin soup.

We also had a great view of the water, watching the huge Tarpon swim in and check for food.  There were also night divers in the water off of the restaurant.  It was fun to follow their  dive lights flashing back and forth, like light sabers out in the distance.

We were thoroughly stuffed, and claiming never to go to a buffet again (tongue in cheek).  We hope that everyone has a safe and enjoyable Thanksgiving back home in the States!!!!